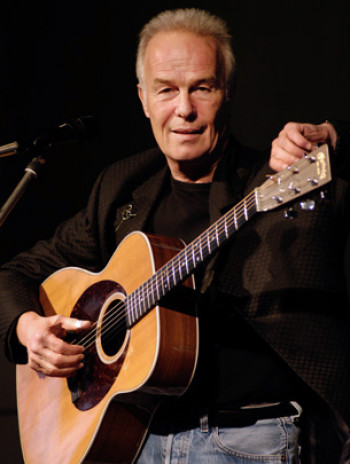 Allan Taylor is one of the last of the travelling troubadours who came through the social and artistic revolution of the nineteen sixties and carved out a career as a solo singer-songwriter. For more than fifty years Allan Taylor has travelled the world performing at festivals, concert halls and clubs. He is considered to be one of the foremost singer-songwriters and guitarists in his genre. with more than one hundred recorded versions of his songs by Artists in ten different languages including Don Williams, Frankie Willer and Fairport Convention.

Looking back as well as forward, few people can convey with such eloquence their life experiences. His songs are written from a lifetime of travelling. He writes his songs in cafes, bars and hotel rooms throughout the world, songs for the lost and lonely, for the unsung heroes of life, for those marginalized by society – they all find a place in his songs. Each song has an integrity that tells you it comes from something real; characters come to life as people you know and places become as familiar as if you had been there. When this happens, you know it’s an Allan Taylor concert.

During his stage performance he creates a distinctive rich and mellow sound, and with a voice that speaks of a life-time of travel he can make each song a vignette of life, like a story told over a drink in a bar.