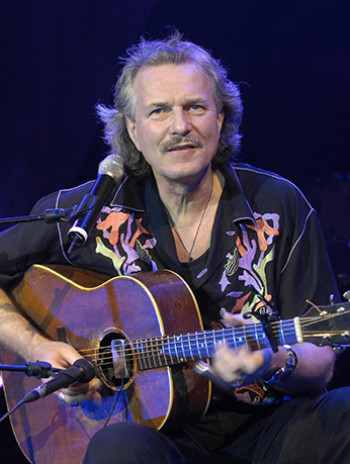 Hans Theessink is probably Europe's bluesexport Nr.1 - one of the top blues and roots musicians worldwide who has entertained audiences around the globe during a musical career that spans over more than 35 years. The world's leading bluespaper - US magazine Blues Revue wrote: "Hans Theessink is an international blues treasure. He is one of the world's pre-eminent country pickers and his warm baritone expresses blues".

Like others of his generation, in the early 1960‘s a love of the Blues took hold of the man whom Bo Diddley described as "one helluva guitar player", and it has not let go since. Above all, the country blues with its earthy and heartfelt sound impressed Hans Theessink and played a major role in his development as a musician. His roots are unmistakenly in the blues, but has also been influenced by countless other aspects of roots music. This musical variety has become a trademark of Hans Theessink, who as a songwriter has succeeded in building bridges to the present in addressing issues which reflect the reality of the here and now.

Hans Theessink has become one of the most sought-after artists of the international blues scene and we're more than proud to have him on stage in Theater Dina!