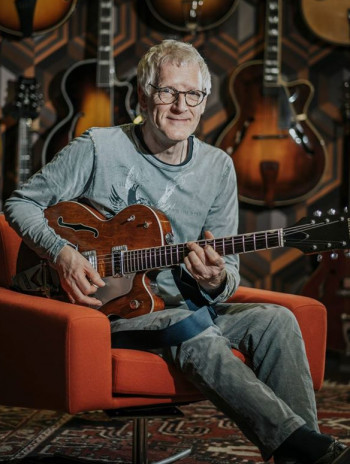 The concert of Peter Tiehuis in 2018 is one to never forget. Some of you said this concert was one of the best concerts ever seen! And we totally agree!

If you think about electric guitars, then you can not ignore our national pride, Peter Tiehuis. Peter played with, among others, Ilse DeLange, Trijntje, Toots Thielemans, Al Jarreau, Brecker Brothers, Gino Vanelli and many, many others. Of course he is still the famous guitarist and a driving force of the Metropole Orchestra.

Lovers of very melodious fusion in the style of Larry Carlton and Pat Metheny will enjoy this evening! We look forward to seeing you there and it is going to be a wonderful concert!