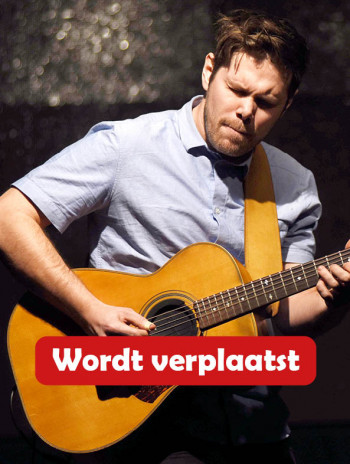 Last year Emil Ernebro almost sold out our theatre and showed us what he's got. There are many great fingerstyle guitar artists, but few of them have the inspirational and welcoming personality like Emil!

Emil started playing guitar at the age of 9. He first played a nylon string acoustic but switched to electric soon. The day that ultimately changed his life was when Emil Heard Tommy Emmanuel for the first time. After listening to Tommy’s unique way of playing fingerstyle guitar, Emil was totally overwhelmed. From that day onwards Emil put his entire focus on learning more about fingerstyle guitar. During his research he discovered other great fingerstyle guitarists such a Jerry Reed, Chet Atkinds, Merle Travis, Doyle Dykes, Richars Smith, Pete Huttlinger and Jim Nichols.

After finishing high school in Sweden, Emil moved to the United States to study music with an emphasis on guitar at the renowned Musicians Institute in Los Angeles. At MI, Emil got to study with many world class guitar instructors and performers like David Oakes, Carl Verheyen, Chas Grasamke, Jimmy Wyble, Jamie Findlay, Al Bonhomme and Allen Hinds.

In 2007, Emil was awarded the title of “Outstanding Player”. He is a great inspiration for his guitarplaying followers all over the world.

Emil Ernebro plays 'Nearness Of You'